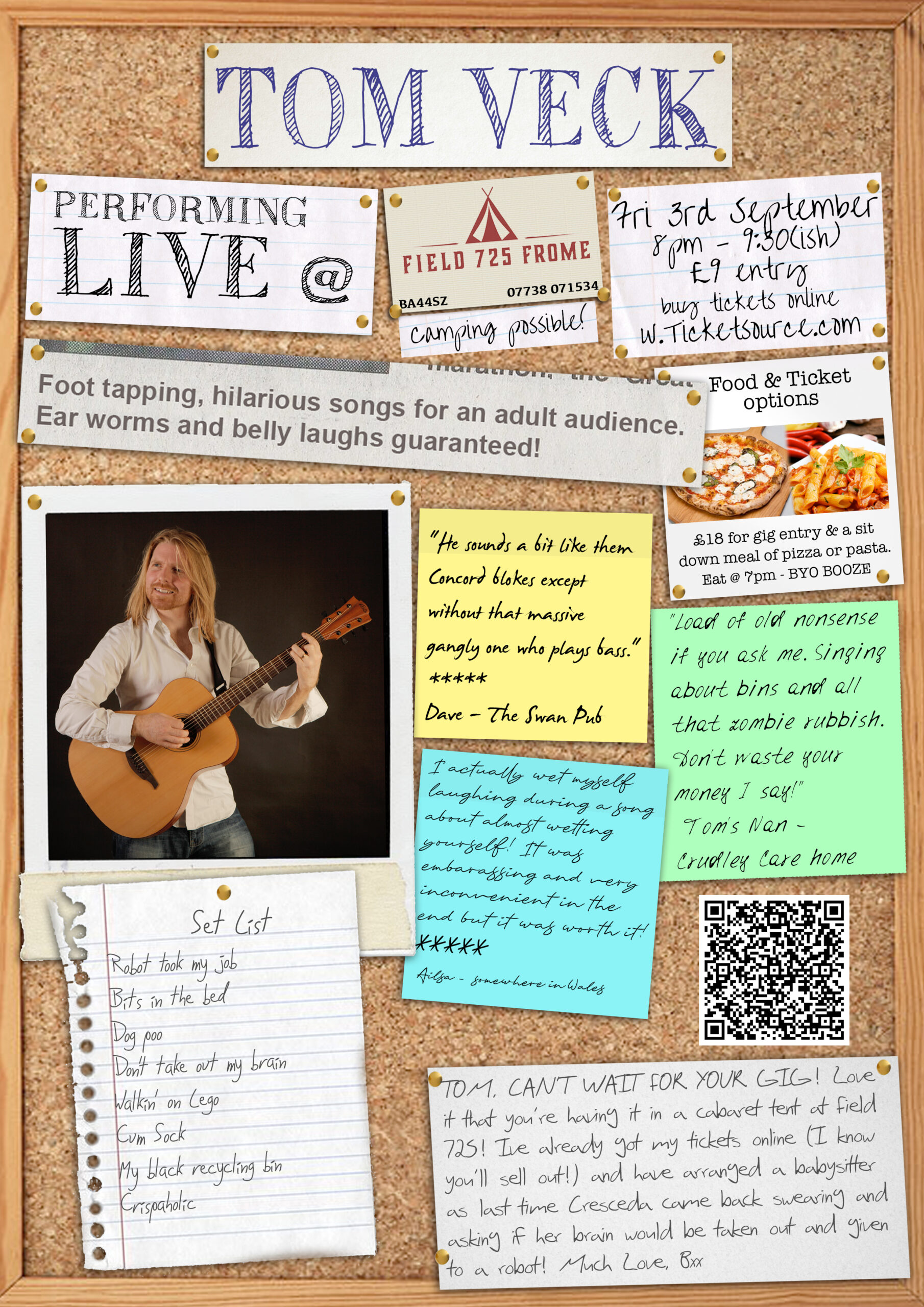 Tom Veck will be doing a solo gig of his quirky comedy songs at Field 725 near Frome on 3rd September @ 8pm!
The acoustic gig marks the closing weekend of Be Wilder Camp, which wraps up it’s first summer on September 5th. For more info on Be Wilder Camp go to www.be-wilder.co.uk
It’s going to be a candlelit sit around the tables in the cabaret tent type affair, with optional food and BYO booze (Food at 7pm).
Says Tom:
“I am soooo excited! You can even come along and camp if you want to – contact field 725 directly to sort that out.”
Says Tom’s Nan – Crudley Care home

“Load of old nonsense if you ask me. Singing about bins and all that zombie rubbish. Don’t waste your money I say!”

Only 40 tickets available so get in there quick! Please spread the word to anyone who you think would enjoy my stuff.
The songs are written for adults and it’s a full ‘sit down and be attentive’ kind of vibe, so may not be ideal for kids.
Here’s a link to where you can buy your tickets:
https://www.ticketsource.co.uk/tv/t-dekmge
BIOG

When you’re at a Tom Veck show, you literally never know what’s coming next. Songs about bits in your bed, songs about robots stealing your job, songs about walking on lego, songs about having your brain stolen, songs about crisp addiction, and several songs about bins; all crafted with skill and played with an energetic passion which will have you tapping your feet and laughing from your belly!

“He sounds a bit like them Concord blokes except without that massive gangly one.”

Field 725 is also available to hire privately as a whole. We’re lucky to be part of a beautiful 45 acre farm park that is prime for outdoor activities. As well as the campsite, Redwood Rare Breeds hosts outdoor education, corporate events, weddings, retreats and all sorts of other public and private gatherings.